Mixing architecture, digital arts and sounds, Whirlwindsong is an artistic adventure which questions the barriers between language and space.

Cécile le Talec explores intermediary spaces, that which is visible and invisible, sound and its silence, movement and the disappearance of gesture. Since 2004, she has been studying whistled languages, mirror languages used by a few communities in the world. Her explorations have led her to Spain (the Canaries/ La Goméra), to Mexico (the state of Oaxaca) and to China (Guizhou Province).

Through her meetings with linguists, phoneticians, musicians and composers, her artwork has been fed on the whistled language and has formed tales in which the melodic material is the basis for a set of videos, sculptures, photographs, drawings, sound pieces. From these polymorphic journeys on the borders of language, song and landscape, a real laboratory emerges where works are born from experiments with plasticity and melody.
At the Adhémars' château, the Whirlwindsong exhibition is the result of her previous sound explorations and favours a musical approach to the territory. It hinges on three big projects carried on in Japan (September 2015) and in France, especially during a summer residency in Moly-Sabata in Isère.

With their complementary qualities, an installation, a film and a musical composition question the forms of territories generated by languages, geographies and music, whilst belonging to the digital technology sphere. The original installations, mostly thought out in situ, play with the architecture of the place.

For further information on the event, see below in French.

Cécile le Talec was born in 1962 in Paris. She lives and works in the Centre region and in Paris. 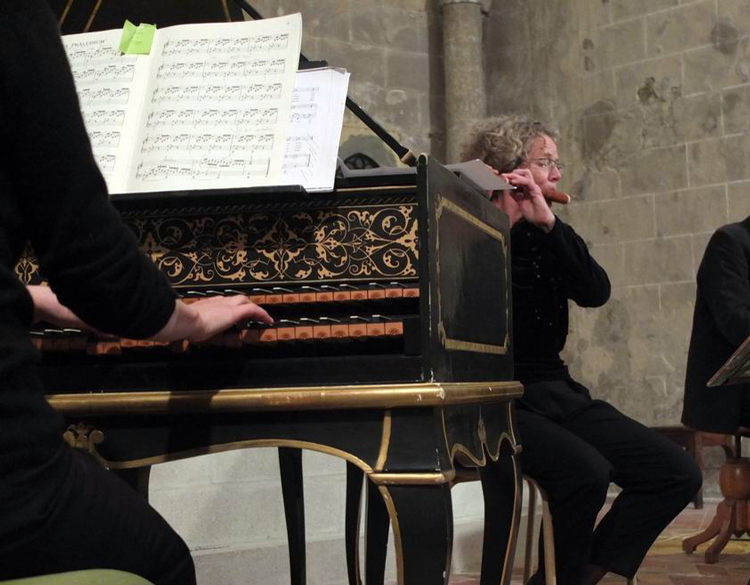